about the objects of evolution 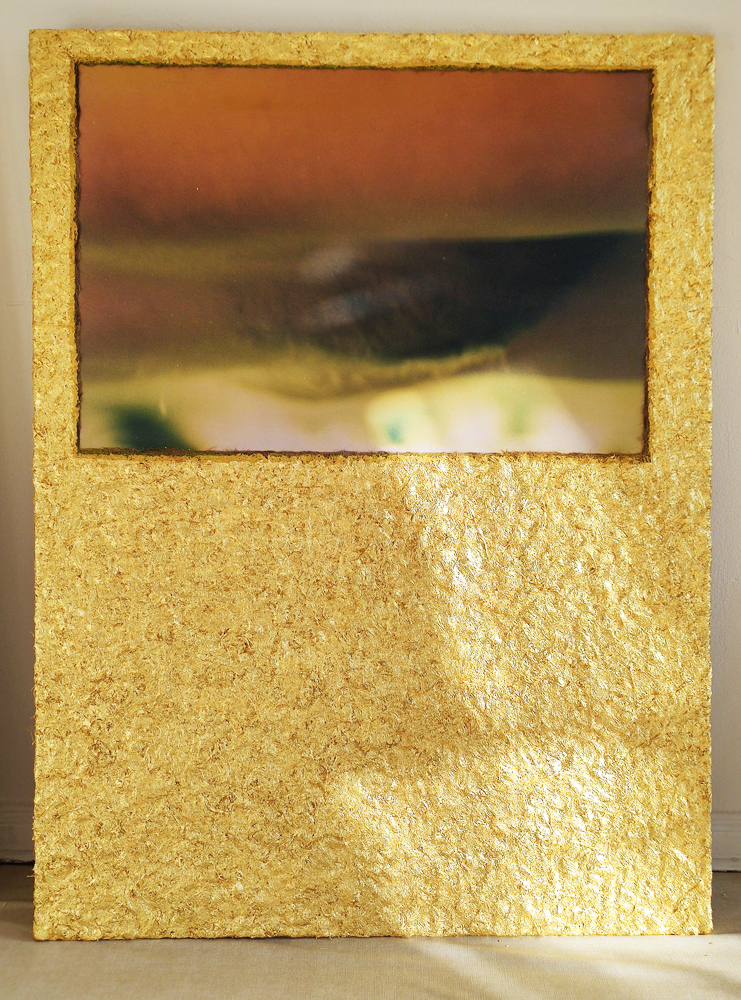 The art of Casmina Magdalena Haas comes into existence through cooperation with nature – it needs bright light and natural substances and materials. But it also needs the spirit – and only by this the artwork comes into being.

The artist assembles her illustrative creations and objects with materials consciously collected in nature and used for her works of art. Those are woods, fir and pine needles, bamboo and seaweed, various cereals, like rye, wheat and millet, as well as rice, lentils and amaranth, in addition to sand. The artist always uses grown materials – not objects which have been made.

Casmina M. Haas composes her complex objects and picture creations of the comprehensive series of works called ‘Objects of Evolution’ with this kind of material. She uses the materials collected in nature in order to gold-plate or color them in the further process of picture-making. This way view plates of contemplation and spiritualization develop.

Her work always moves between the poles of materialization and dematerialization, as well as inside an area of conflict between concrete form finding and the sublimation of matter in the sense of a spiritual experience.

During the work process Casmina M. Haas mainly develops monochrome surfaces, which as all-over structures follow the characteristics of the shape and expression of the used natural material. That way a picture produced from rice grain in pure white shows a surface structure of a fine, even grain, which consequently collects and reflects light evenly. But such work doesn’t only consist of the surface, in fact its side frames are also featured with applied rice and the binding color. The result is a three-dimensional picture object, a picture body with a light and color volume, whose corners are softly rounded due to the applied material. With this work and comparable works the image of an object in space develops, whose form does not know sharply drawn bounds, but seems to be floating in front of the wall and in the room, as the volume of the picture pushes into the room. In contrast to common paintings such a picture shape refers to its real shape and the tangible matter from what it derived. Hence the works of the artist can be called matter-objects, as they exhibit real-abstract as well as spiritual-contemplative characteristics.

Thus art becomes a method to gain reality and to make insights into processes of nature and work visible and to impart these. Furthermore, this means for the art of Casmina M. Haas that nature relations which she realized migrate into her artwork during the diligate process of her work. There they exist permanently. A non-terminable, inherent relationship exists between the artistic act, which means the creation of a picture panel or a material-object, and the final outcome of the artwork. The artist describes this relationship with her words, as she expresses that the point of her art is to see the new in order to create the new. In this sense Casmina M. Haas works as a generalist – she engages herself with the newest findings in natural sciences as well as with old philosophy, direct nature observation and meditative contemplation.

In the sense of art sciences her works of the series ‘Objects of Evolution’ can primarily be allocated in two respects; they touch aspects of the trend of the so-called ‘Sublime Painting’, as it was presented thru the abstract paintings of American artists like Barnett Newman, Mark Rothko or Mark Tobey in the 50s and 60s of last century. They also touch the ways of perception, which were created by artists of the group ZERO and the Nouveau Realisme in Germany and France at about the same time. You can almost talk about a continuation of the shown approaches , who – as it can easily been seen thru the work of Casmina M Haas – can open up many aesthetic possibilities based on meditative-sensual and precise-artistic actions up until the present time.

It has to be added that the artist ties into much older images of art with her attraction by gold as color and material. Thus are the the medieval panel paintings, which we encounter at Masaccio or Stefan Lochner – the point is the golden background as holy and heavenly material, which indicates the aura of divinity, in which the scene, like the worship of the Christ child, takes place. The landscape as background has developed later in time. Later, in modern times and in the art of the 20th century gold as a material was used sparingly, primarily by Yves Klein, the main representative of the Nouveau Realisme, and thru his attraction to mysticism and spirituality. Like Yves Klein Casmina M. Haas uses gold foil for her labor, thus a precious material liberated from its weight in touching immanence. Due to the application of gold in her art something absolute is created, ideal beautiful and preciously magnificent.

A greater number of the creations of the artist however is finished with white pigment. Thus are those who have cereals and tree needles as basic material. The color white engages thru its purity, it appears as timeless objective and leverages picture surfaces to a special clarity and distinguished brightness.

With her precise Orientation of the relationship of nature material and concrete arrangement Casmina M. Haas has developed her distinctive own style. This style is created thru the sensitive use of nature material and the serial arrangement of woods and other matter. With the reduction to a few, but formal expressive stylistic features Casmina M. Haas is able to produce striking and impressive picture works and objects. Their picture language is not culturally bound, as the artist first of all has confidence in the expressiveness and profile of the natural material she uses. She arranges these with her own artistic sensibility within the picture space and only then makes these perceptible as artefacts.

In view of such a perception of natural material in artwork Casmina M. Haas is primarily interested in personal interpretations of the effective forces of the living and natural – like the elementary powers of nature. Mankind was, has and will be always dependent upon these, despite all technical comforts.

Following this notion Casmina M. Haas works of the work series ‘Objects of Evolution’ point to the unlimited vitality which our planet owns in a mysterious way . It creates and takes life in an eternal process. These processes become clearly apparent and noticeable in her material-objects and pictures. They seem to be inscribed into her works and indicate as well the attitude and position the artist has to nature, which can be seen in her works as something adorable, almost sacred. This demonstration of her own, artistic position calls for a personal reaction, an attitude and engagement of the viewers, who encounter her works.

This happens in the work of Casmina M. Haas in great clearness, using the possibilities of art and composition, thus in a direct way, which applies to the intellect and sensation and therefore opens up universal possibilities.